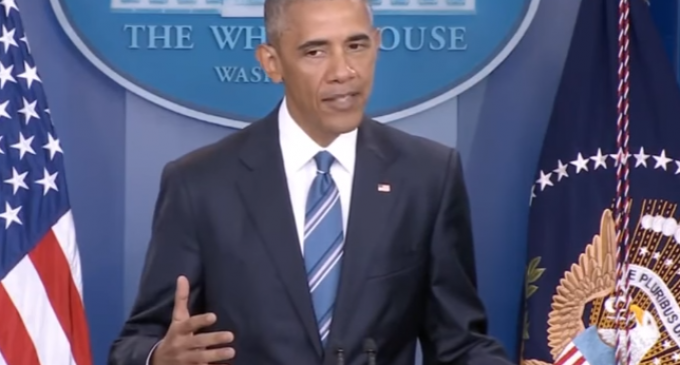 President Obama's executive action on immigration has been shot down by the Supreme Court.  In a 4-4 decision,  SCOTUS upheld the lower court ruling, effectively blocking Obama's immigration unilateral plan to protect illegal immigrants in the United States from deportation and allow them to obtain work permits.  Obama created this legislation, all without the approval of Congress, which is outside the scope of his executive power.

The one sentence ruling by SCOTUS put Obama and his blatant disregard for the Constitution in check.  As Speaker of the House, Paul Ryan stated, “The Constitution is clear: The president is not permitted to write laws—only Congress is. This is another major victory in our fight to restore the separation of powers.”

With the passing of Justice Antonin Scalia, a tied court was almost inevitable, setting no national precedent and leaving the ruling of the Federal Appeals Court in New Orleans intact.  The lower court ruled that Obama had no authority to shield the nearly 4 million immigrants from deportation, nor make them eligible for work permits.

View the video on the next page and more on the ruling.