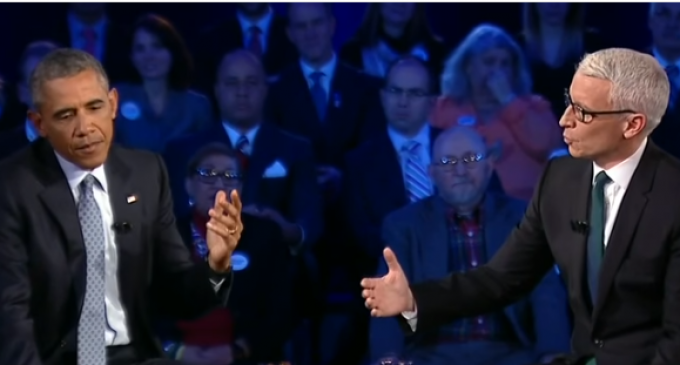 In what looked like a deeply uncomfortable interview with infamous liberal shill Anderson Cooper, President Obama nervously attempted to dismiss the transparent conspiracy that he is moving towards eliminating the Second Amendment. Despite his latest authoritarian executive order designed to encroach upon the single right that defends all others, Obama insisted that he was acting out of concern.

That may be the case in his warped mind, but what is happening in reality is far more sinister. Obama has long used terrorist attacks and mass shootings as political tools to push this country further and further away from it’s democratic purpose in order to espouse and enforce his own political will.

And when he’s called out on it, by Anderson Cooper no less, Obama gets nervous and is quick to invoke drug crimes and good old fashioned paternal concern. It’s cheesy and it’s cheap, but most of all it’s dangerous.

Watch the interview on page 2.