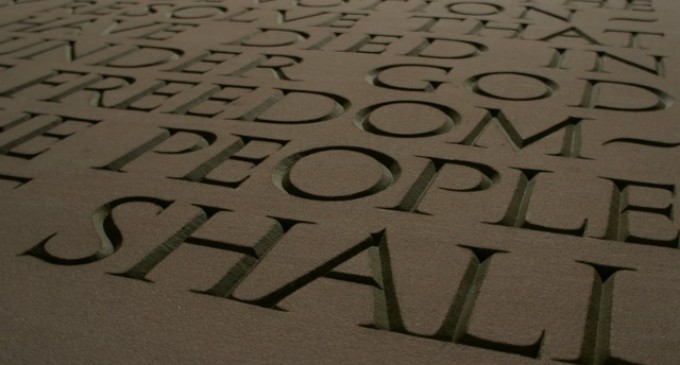 Probably, he originally wanted to say one nation ‘Under Allah’, but settled for just leaving out ‘Under God’.

Burns had filmed all living presidents as well as various Hollywood personalities and luminaries to pay homage to the speech which was delivered by Abraham Lincoln 150 years ago, today.

Curiously enough, in his version of the speech, President Barack Obama’s delivery contained an omission – in a line that every other celebrity delivered as “that this nation, under God, shall have a new birth of freedom,” the President left out the words “under God.”

UPDATE: A text box now appears on the Ken Burns website www.learntheaddress.org which states: “Did you know there are five versions of the Gettysburg Address? We asked President Obama to read the first, the Nicolay Version.”  A cached version of the same webpage from several days ago shows no such reference.