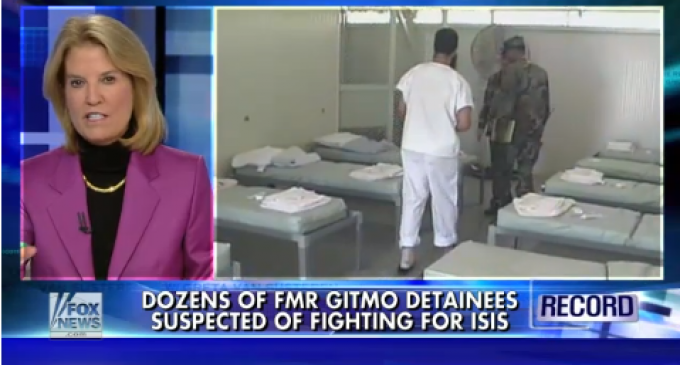 Sen. John McCain recently stated on Fox News that due to Obama’s handling of the terrorists he’s freeing from Guantanamo Bay about 30 of these jihadists have joined ISIS, Al-Qaeda and other terrorist groups.

Furthermore these terrorists take on leadership positions when they rejoin their clan because having been in Gitmo gives them ‘street cred’.

So Obama is giving our enemies leaders that are of course going attack us.

Click on the link below for more info + watch video:

Qatar  agreed to “babysit” these dangerous terrorists when freed from Gitmo, akin to a parole officer checking up on convicts in. McCain told Greta, “It just hasn’t worked out that way. Qatar in many ways is not the most reliable custodian of these people as you know.”

We had approximately 779 detainees in Gitmo and have released 620, with 180 of those returning to fight us.

Obama has been very eager to close Gitmo and has been basically been releasing these terrorists back into the ‘wild’.