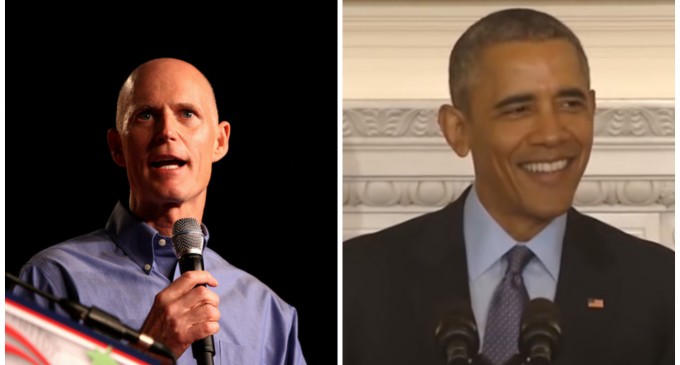 Barack Obama has been quick to publicly reach out to elected officials and victims families after tragedies before, but it looks as if Obama has no intention of getting in touch with Florida Governor Rick Scott after the Orlando terrorist attack that killed nearly 50 people this week.

In the rare instances in which Obama hadn't made contact with those directly involved in a national tragedy, the reasons seemed obvious. Usually, they in some way conflicted with one of Obama's sacred positions, like when Kate Steinle was shot and killed by an illegal immigrant.

At first glance, this attack had all of the makings of an Obama PR slam-dunk. After all, those attacked were members of the LGBT community, a group that Obama has recently taken a deep interest in — no doubt for political purposes.

So why has Rick Scott not received a phone call? Could it be that President Obama — so angry with Donald Trump — is refusing to call a governor who endorsed him?