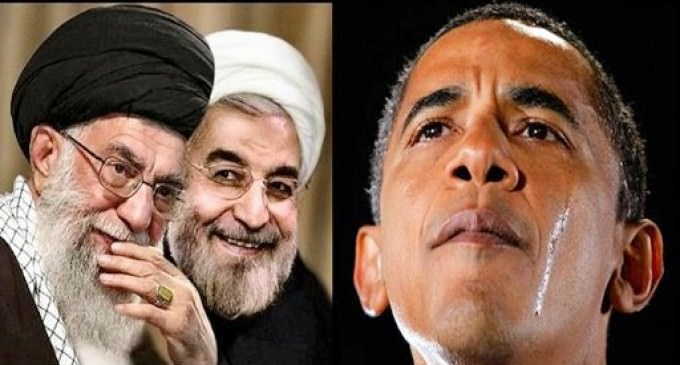 In their haste to finalize a deal with Iran by a March 31 deadline, the Obama administration is allowing Iran to dictate terms of the negotiation to such a degree that one wonders which side of the table the superpower sits.

Obama has surrendered to demands that permits Iran to refrain from disclosing the full scope of their past nuclear activities – and without knowing what Iran has done in pursuit of nuclear capability in the past, it becomes very problematic to maintain proper oversight in the future. The Free Beacon Reports:

“Once again, in the face of Iran’s intransigence, the U.S. is leading an effort to cave even more toward Iran—this time by whitewashing Tehran’s decades of lying about nuclear weapons work and current lack of cooperation with the [International Atomic Energy Agency],” said one Western source briefed on the talks but who was not permitted to speak on record.

With the White House pressing to finalize a deal, U.S. diplomats have moved further away from their demands that Iran be subjected to oversight over its nuclear infrastructure.

“Instead of ensuring that Iran answers all the outstanding questions about the past and current military dimensions of their nuclear work in order to obtain sanctions relief, the U.S. is now revising down what they need to do,” said the source.  “That is a terrible mistake—if we don’t have a baseline to judge their past work, we can’t tell if they are cheating in the future, and if they won’t answer now, before getting rewarded, why would they come clean in the future?”

Obama is removing the his promise of proper oversight with this terrible move. When it comes to developing a bomb, Iran will have the privacy it needs.

But that’s not the only capitulation that greatly works in favor of giving Iran a nuke. Obama would allow Iran to run hundreds of centrifuges in a fortified bunker that’s impervious to air attack, a facility the U.S. was previously vigilant about shutting down because it could very quickly be refit for uranium enrichment necessary to create weapons-grade material.