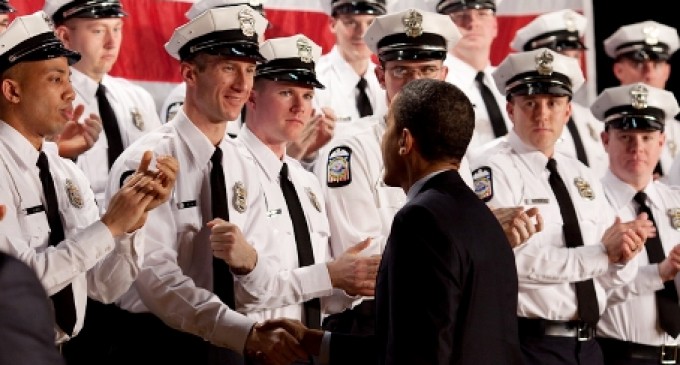 Right on cue Barack Obama has responded to the murder of five police officers by an armed black thug by declaring that what is needed to solve the problem is more police training. He has, from the very start of his presidency, shown himself to be a proponent and activist that takes the side of black criminals, no matter what the evidence, and generally before the facts are even known.

The supposed racial uniter has in fact turned out to be the biggest racial divider this country has ever known, even including racial con men like Jesse Jackson and Al Sharpton.  But his immediate response when a hateful black man shouting that he hates white people and police officers is to say that it is the cops fault and they need more training?

That is truly  beyond belief.

Obama was speaking at a press conference in Poland when he made the most preposterous and embarrassing remarks that show he is completely out of touch with the facts of the huge racial divide in this country, one that he personally has fomented and encouraged.