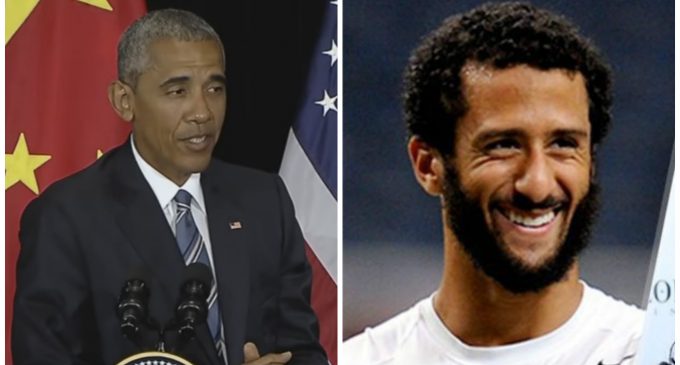 I enjoy watching sports, especially baseball and hockey. That's probably not much of a surprise being originally from Ferguson, which as everyone now knows is a suburb of St. Louis. The baseball Cardinals and the Blues have provided decades of enjoyment for me, and I'm happy to have attended many of their games and watched a whole lot more on television.  The football Cardinals and the Rams? Personally, not so much.

What's my point? Whether we like it or not, sports figures are often admired, and their actions really do impact others, or at least others' opinions.  I recall Lou Brock, Bob Gibson, and Stan Musial of the Cardinals as well as names like Plager, Hull,  Sutter, and Berenson of the Blues.  As a kid, I saw these guys and others like them as larger than life.

So now we have the odd story of Mr. Kaepernic, which we've examined here before, and into which our president, with apparently nothing better to do at the G20 Summit, has just injected himself.