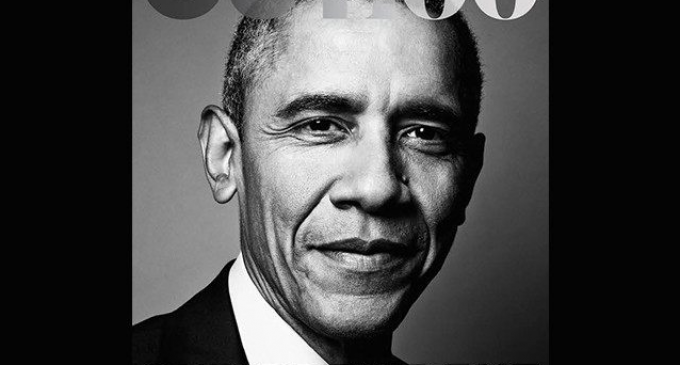 Obama has had many firsts to add to his hall of shame, but hopefully this one will set him apart as the first and the only one.  No president before him as had this infamy and so, cue the Jeopardy music…

Who is the first President to pose for a gay magazine?  Yes, you heard it correctly, our Commander and Chief “asks and tells” for the publication “Out Magazine”.  Posing for the latest publication of the LGBT magazine, he continues an alarming trend to revel in the what many view as the dregs of society.

Obama spends his time in the most ineffectual manner as President. The world is on fire and he cozies up to the camera for a publication that has no relevance to national, fiscal or foreign policy, all of which are in shambles.  But Obama is in full character as he shirks his responsibility and panders to his people in a publication for gays.

Another pose and more info on page two.