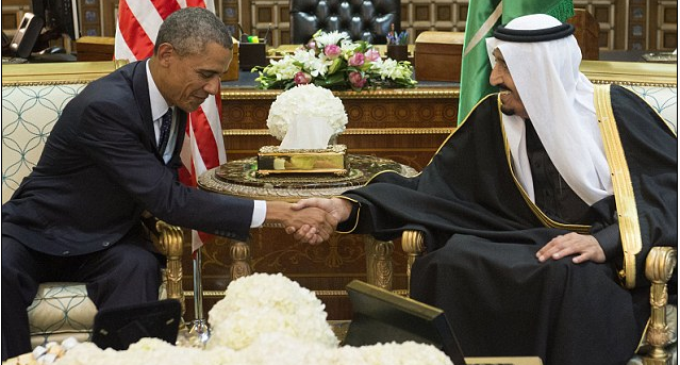 Over the past several years, Barack Obama has repeatedly refused to acknowledge the threat ISIS poses to the western world.

First, he discounted them as a “JV team” and a regional power. It was argued that Middle Eastern forces could contain the terrorist organization and stop their spread.

Of course, that never came to be. ISIS not only conquered land across Iraq and Libya, but managed to carry out several western attacks as well.

Still, the Obama administration didn't seem to be taking ISIS seriously. When asked, they still defer to global warming as the nation's “biggest national security threat.”

But while global warming has yet to destroy the earth, ISIS has killed thousands.

Critics have since determined that Obama simply isn't interested in the Middle East, but that isn't true, either. Instead, he is making disastrous descicions there that are actually helping ISIS spread terror across the globe.

One such descicion was uncovered this week. In a deal brokered by Saudi Arabia, the Obama administration has agreed to let thousands of ISIS fighters free.

See the shocking agreement on the next page: