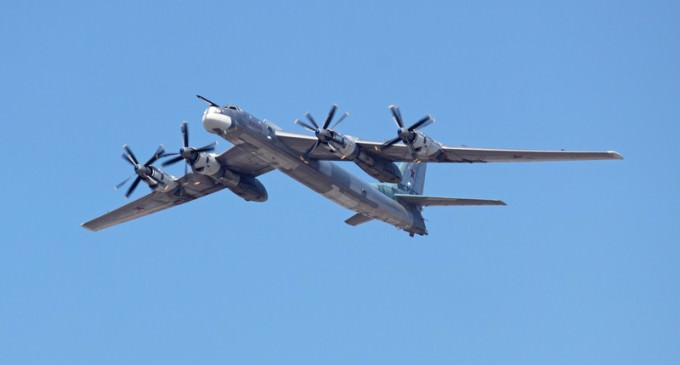 Two Russian nuclear-capable bombers crossed over into U.S airspace in Putin's latest display of bravado last month. Unlike earlier intrusions, no jets were launched to shadow the two Tu-95 Bear H bombers that flew into the Alaskan zone on April 22, even though the Pentagon described this latest incursion as ‘dangerous'.