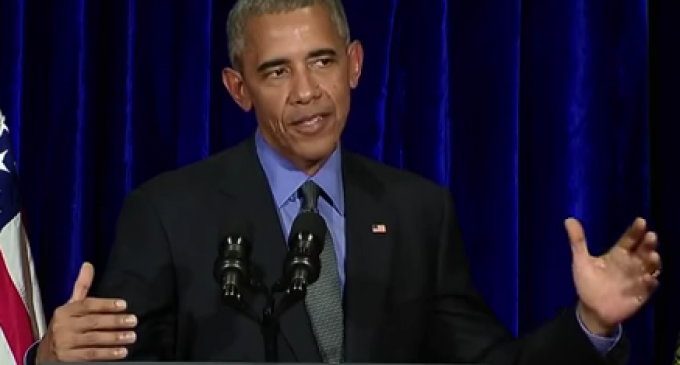 Barack Obama can not fathom why some people don't like him.

Of course, the reasons are many. He led the country into the biggest recession since the Great Depression, then subsequently subjected Americans to one of the slowest recoveries on record.

Meanwhile, he forced unpopular — and illegal — policies on the American people. Obamacare was forced through congress despite the fact that it didn't have the necessary votes from his Democrat-controlled legislature. When that led his party to record-breaking losses in the Senate and House, he circumvented congress altogether and began to abuse his access to executive orders.

Still, Obama always turns to one topic when he's forced to acknowledge his unpopularity. Predictably, it has nothing to do with his policies. It's a tired response and is sure to elicit a collective eye roll from most of America.

See why Obama thinks his opponents true motives are on the next page.