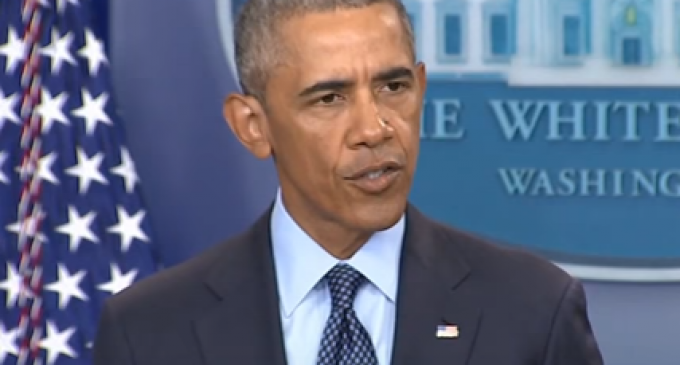 As has become customary after a terrorist attack, Barrack Obama is once again choosing to ignore the radical Islamic roots that have been at the cause of nearly every major act of terror since his presidency began.

Instead, he's blaming “homegrown extremism” as the cause for the shooting, while conveniently ignoring the cause of the self-radicalisation. Obama has no doubt adopted this strategy in order to protect the image of peaceful Muslims across the country, but by never uttering “Islamic extremism,” he isn't helping Muslims, he's refusing to differentiate them from the terrorists their religion produced.

Obama decided the right course of action was to attack Christianity. Of course, that's his response to many of his problems.

See what Obama said about the country's major religions on the next page: