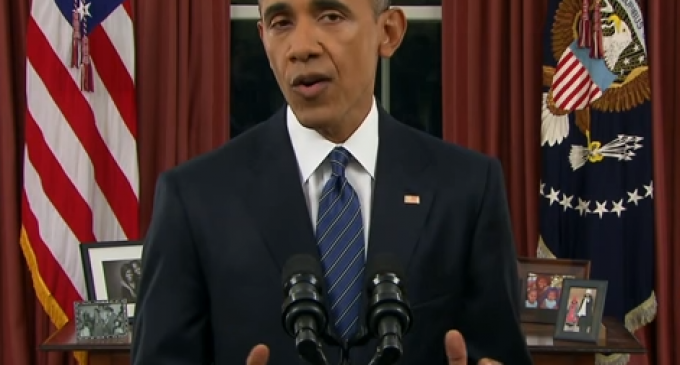 President Obama spoke to the nation on Sunday night from the Oval Office about last week's attack on innocent citizens in San Bernardino, California. It appears that his handlers finally convinced him that no one in the country believes him when he calls Islamic atrocities such as the Fort Hood massacre and now the slaughter of 14 coworkers at a holiday party a work related rage. Even the most liberal of Obama sycophants recognizes that Islamic terrorism is committed by Muslims and their acts are those of terror designed to disrupt and terrify decent society.

However, Obama then went on to lecture the American people and warn them against profiling and diminishing what he calls the religion of peace. The problem is that Americans are pretty sure that mass murders committed throughout the world have a 90 percent chance of being carried out by Muslims of one sort or another, and if they pay attention to the news, they will see that about 15% of Muslims worldwide have pledged allegiance or admiration for ISIS, which comes to a round total of about 195 million people who will join in the Islamic refrain of “Death to America.”

Nevertheless, Obama wants greater tolerance for Islam (!) and he is afraid that we will say and think mean things about Muslims, and he wants that STOPPED RIGHT NOW!

Obama has a recommendation for us, page 2