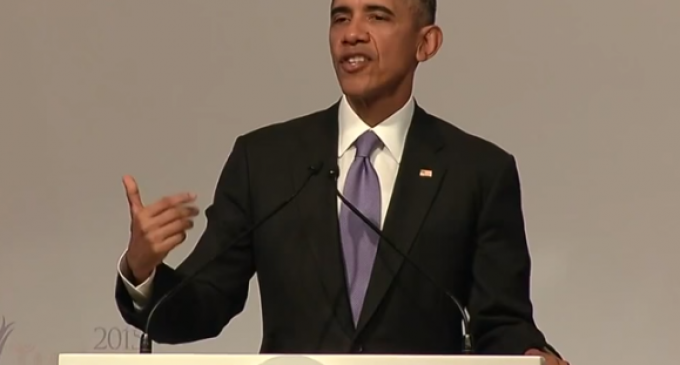 As the world mourned for the victims of the Paris tragedy and keeps their families in prayer, some leaders of the many Western European nations taking in migrants from Syria are finally starting to see the danger in what they're doing. Whether this is going to stop them or not is another story in itself, but at least they're starting to recognize the problem.

And on the other side of the Atlantic is President Obama, who despite the massing evidence to contrary, is under the impression that Islam is not the problem, and that countries currently suffering from the influx of migrants need to except more.

During a press conference this weekend he took to the stage to bash on Republicans for suggesting that the United States should stop accepting Syrian refugees.

These comments follow recent suggestions by Sen. T Cruz (R-TX) and Jeb Bush, who feel that United States should focus on accepting Christian refugees instead of Muslims. Obama responded by claiming that's not American.

How would he know what's American? He's spent the past seven years destroying everything that once was American.

See what he else complained about on the next page.