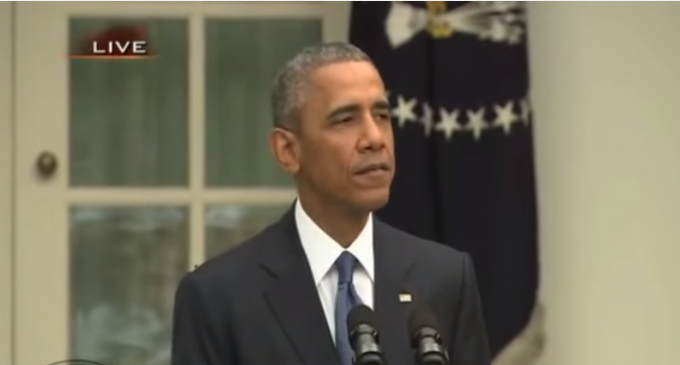 While speaking in the Rose Garden shortly after the Supreme Court decision on same-sex marriage was announced, Obama stated that the progressives in society needs to ‘help' those with deeply held religious beliefs overcome their convictions.

For Obama, who is obviously the most Anti-American president to ever hold office, disrupting the current cultural infrastructure, of which religious liberty is a pillar, is inherent to his agenda to capsize society. The ‘order out of chaos' model is a age-old method of Marxist in the takeover of a nation.