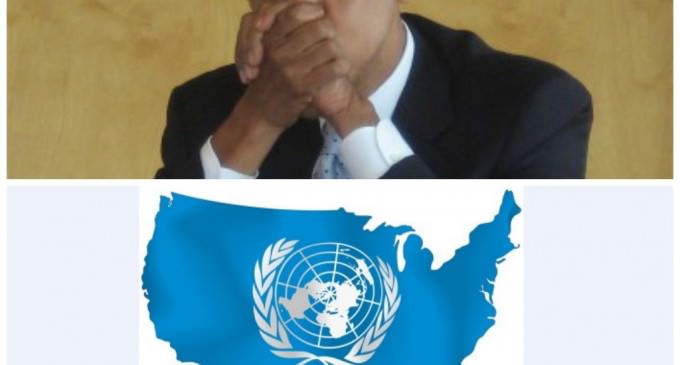 In his latest gradational move to establish the executive branch as the sole governmental authority over our country, Obama has made it clear that Congress will have no voice to approve or disapprove the Iranian nuclear deal his administration has been working on.

Instead, our President will give the U.N. Security Council the power to yea or nea the authorization to give Iran the capability to build a nuclear bomb.

This highly treasonous move to supplant our legislative branch with the U.N. is yet another major step on America's path to totalitarianism as led by the Obama regime.