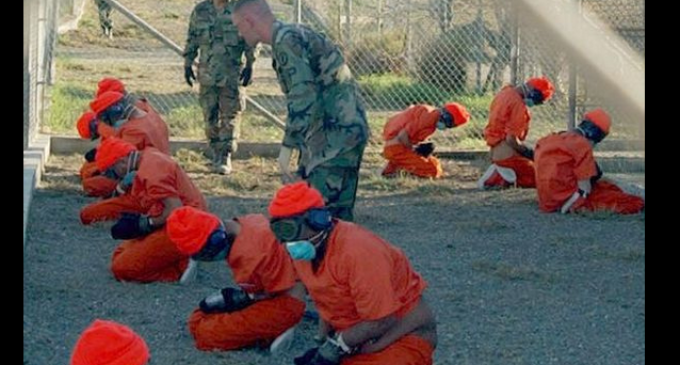 Pentagon officials are set to visit the Naval Brig in Charleston, South Carolina, in order to judge its viability of being converted into a facility to house dangerous terrorists currently locked up at Guantanamo Bay, Cuba.

Will Obama bring them here only to then release them, just as he has done with thousands of illegal alien criminals?

The scouting visit is part of the process to form a plan to close Gitmo that will eventually be submitted to Congress. The officials are seeking a facility that can handle approximately 50 Gitmo detainees who are apparently too dangerous to be transferred anywhere else.

Suggestion: since we are now chummy with Cuba, why not just throw open the doors right there? Cuba should welcome them with open arms (meaning AK47s).

Read more ridiculousness on the next page: