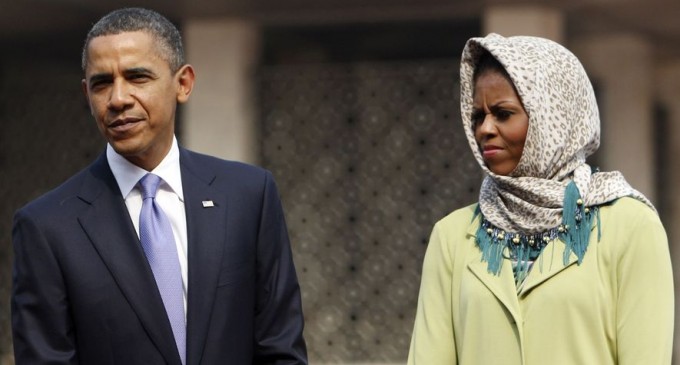 With only months left of President Obama's last term, he's been busy hammering the final nails into America's coffin while propping up the nations enemies. His latest offense will occur next week at a mosque in Baltimore, which was led for over a decade by an Imam with ties to Al-Qaeda and who once justified suicide bombings.

The President's visit to the Islamic Society of Baltimore will happen Wednesday and will be the first time the President has paid an official visit to a mosque during his seven years in office, though he has toured mosques during his luxurious trips oversea.

Of course, the Council on American Islamic Relations (CAIR) is stoked about it. Spokesman Ibrahim Hooper  believes that “with all of the anti-Muslim sentiment” in America, the President's visit will send a message to the people of inclusion and respect.

Those are funny words coming from an organization full of treachery and deceit. The Council on American Islamic Relations (CAIR) has been declared a terrorist organization in the United Arab Emirates and was as a co-conspirator in a Hamas-funding operation by federal prosecutors.

Read about this institution's leader on the next page.