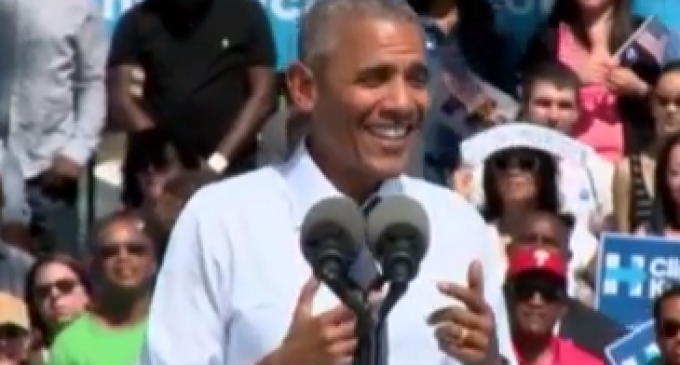 It looks like making fun of the working class has become a trend for liberal politicians. First Hillary Clinton called them a “basket of deplorables.” And now the walking contradiction that is President Obama basically called them idiots. Why? Because they’re supporting Donald Trump. He claims that you don’t grade the presidency on a curve and that Trump can’t claim to be transparent because he didn’t release his tax returns and Hillary Clinton has.

Let’s talk about that.

Everything involving Hillary Clinton is a lie. You can’t trust a single thing she says or does. It’s shocking that Americans are still willing to vote for her after how corrupt she’s proven herself to be OVER and OVER and OVER again. Not even her own press people can talk about her being transparent without bursting into laughter. And what about President Obama? Let’s talk about his transparency. There isn’t any. What about those birth certificates?

You can watch his speech on the next page.