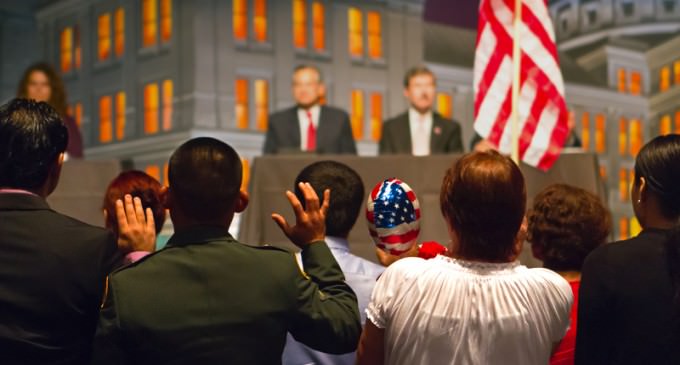 Barack Obama has shown himself to be more interested in changing this nation than in building it up and uniting the people. He has not only broken numerous laws through illegal executive orders, he has filled various organizations and agencies with like-minded antagonists to the United States and what it has stood for in the last 240 years. It has always been a privilege to come to this country and to enjoy the freedoms and opportunities afforded anyone who reached her shores. The world has clamored to come here, and at the same time, we have been magnanimous in inviting immigrants in. Imagine any other nation with immigration numbers similar to these:

According to the Naturalization Fact Sheet on the US Citizenship and Immigration Service (USCIS) website, In the fiscal year ending June 30, 2015, the nation welcomed 729,995 Legal Permanent Residents into full citizenship.

One would expect a certain level of gratitude and a desire to give back by those who have come to this country. But the Obama administration and the agencies it oversees seem to only have animus towards this country and to encourage that attitude in others, even in new immigrants, with new policies that are shocking and disturbing.