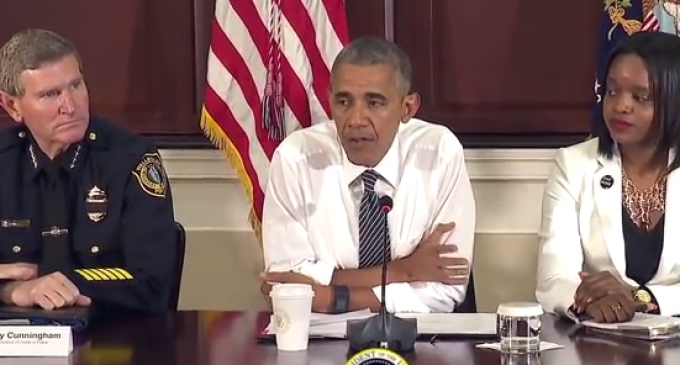 Barack Obama is finally taking action after an attack on Dallas police officers last week left five dead. Bafflingly, he thinks it's the police that need to change, not the supporters of Black Lives Matter who are calling for the murder of innocent white cops across the country.

In order to make this happen, Obama is forcing thousands of police districts to comply with rules he and nearly 30 radical-leftists have decided to enact. These rules come less than a week after Barack Obama himself met with what his official agenda simply called “activists.” While the White House seemed unwilling to identify who these “activists” were, the participants were happy to identify themselves. They were — of course — Black Lives Matter.

See why it's being reported that Barack Obama has caved to the demands of his leftist allies and Black Lives Matter in the report on the next page: