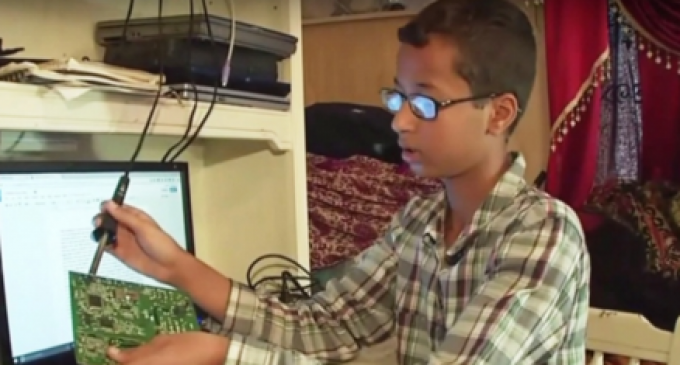 Can't get enough info on clock boy?  First, we must tell you the whole debacle of this anti-American family has reached new heights of nonsense.  Second, if the following story was not absolutely true and is easily proved, you would not believe it, nor believe the latest in clock boys exploits.

Ahmed, the clock boy has returned from his tour of the Islamic theocracies ISIS prefers the most.  Originally, his father an immigrant from the Sudan, migrated in the 1980's, he drove taxi's, delivered pizza's and finally was able to own his own taxi company Jet Taxi.

The family is known as panderers, attempting in different ways to cash in on their anti-American claims, the whole race/terrorist card and finally succeeded with taking the guts out of a clock and putting it into a pencil box.

On their return, they were received at the White House, guests of Obama.  So one would think this is the end of the clock boy hoax story. Wrong.  So much has happened surrounding this nonsense, yet it seems to continue.  And you won't believe what else has happened to Ahmed, the clock boy.