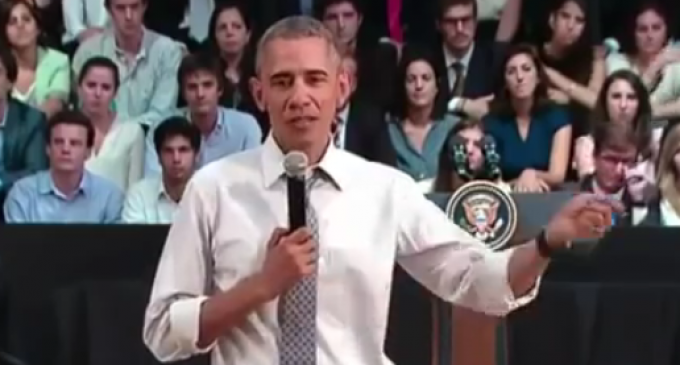 Barack Obama continues to claim that he is an American and believes in American values and principles, but his actions speak much louder than his words. Obama has shown that he is anti-business, or at least that he thinks government is the answer to virtually all the problems in life. Big government and high regulation let power mongers like Obama direct the “little people” and impose his will.

However, he is not totally socialist or communist in that he does not want to expropriate businesses, but he prefers to set up systems so that government controls, but business takes the heat for failure. A case in point is the health care system, with the government mandating virtually everything that is done, from what services are provided, to when you must sign up for a program, but the private insurance companies and the hospitals are left to defend themselves when the system doesn't work and prices soar into the stratosphere.

Obama also seems ignorant of history, in that there is little recognition or appreciation for capitalism and free enterprise which have made this country the wealthiest ever, and that has created countless millionaires and business owners who have great freedom and opportunity to grow and succeed.

He is also clueless when looking at communist and socialist countries that have smothered innovation and freedom, and in many cases have been the source of desperation and lost hope for millions trapped in the web of government control and oppression. As the presumptive leader of the free world and the bastion of free enterprise, Obama is simply an ignorant fool. And his ignorance and foolishness were once again on display when addressing a group of people in Argentina who are desperate for a solution to their years of poverty and government corruption.

The video on page 2 is a shining example of why Obama should never have been elected president of the United States.