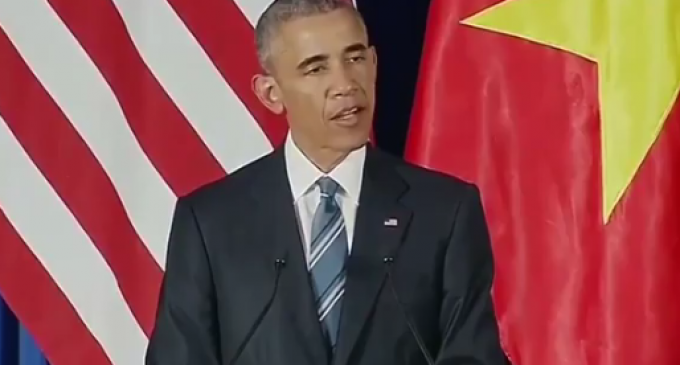 Not satisfied with extending an olive branch to anti-American countries like Cuba and Iran, President Obama has reached out to yet another old enemy of the United States.

Although the Vietnam War ended decades ago, that bloody, brutal conflict left a generation of Americans traumatized both physically and mentally. Not only that, but the country suffered a symbolic defeat when the US was forced to evacuate hundreds of civilians as the North Vietnamese communists rolled into Saigon in 1975.

Today, however, the Obama administration has decided that that's all in the past, and is ready to make nice with the regime in Hanoi. And not just to make nice: shocking even Americans who are not old enough to remember the war,

Obama has lifted a ban on selling weapons to Vietnam, something that will baffle and perhaps even outrage veterans of the war. After all, who would have ever guessed the communists they were fighting would one day be purchasing American weapons with the express permission of the president?