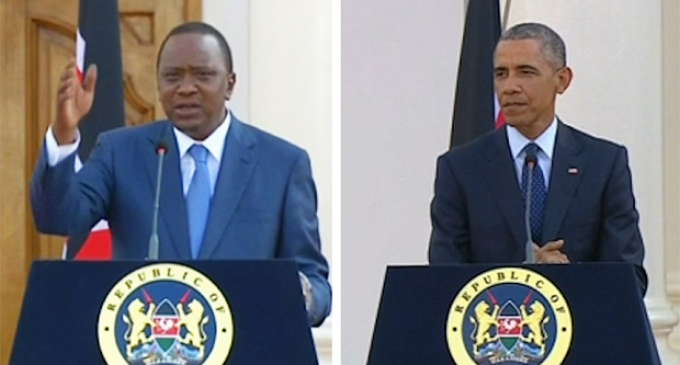 When Obama exited the airport in Nairobi last year, he saw a billboard that read: “Welcome Home, Mr. President.”

Perhaps he felt so welcomed by the Kenyans that he just had to lecture the nation’s leaders on LGBT rights, stating that “bad things happen” when countries don't accept their citizens right to be gay.

It was quite a misfire, because 96% of all Kenyans reject homosexuality, according to a 2007 Pew Global study. And, according to Kenya's penal code, sex between two individuals of the same gender is illegal and can land one in jail for up to 14 years.