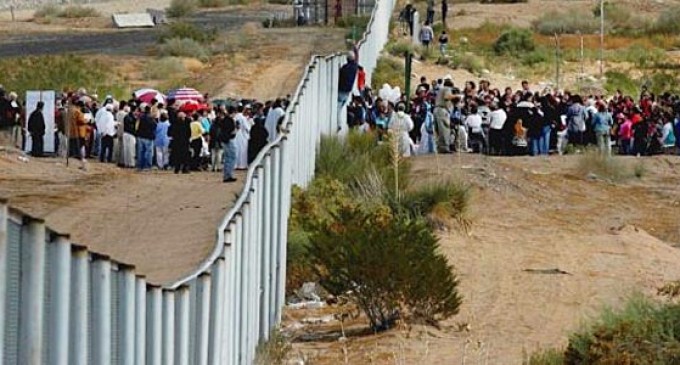 Judge Beryl Howell, appointed by Obama to the U.S. District Court for the District of Columbia in 2010, just ruled that the Mexican border fence is racist.

The ruling  states that the border fence may have a “disparate impact on lower-income minority communities.”

So now we can't even protect our borders because of ‘political correctness'.

A Homeland Security initiative to put fencing along the U.S.-Mexico border could discriminate against minorities, according to an Obama-appointed federal judge who’s ruled that the congressionally-approved project may have a “disparate impact on lower-income minority communities.”

This is simply the latest controversy to strike the border fence project since Congress approved it to protect national security and curb an illegal immigration and drug-trafficking crisis. In the last few years the mayors of several Texas border towns have blocked federal access to areas where the fence is scheduled to be built, an Indian tribe tried to block the barrier in the Arizona desert by claiming the feds were intruding on tribal land and a group of government scientists claimed the fencing would threaten the black bear population.