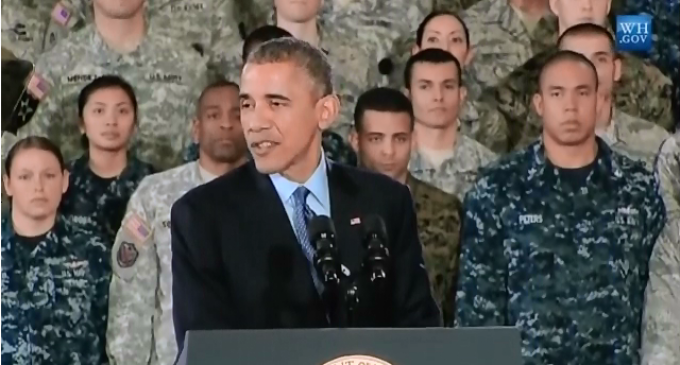 When you’re not liked by someone, you would be advised to not make jokes about them, at least not to their face.

Monday, at Joint Base McGuire-Dix-Lakehurst in New Jersey, during an address to the troops, President Obama made a joke that they are like “‘Santa in Fatigues,” which was received with complete silence, prompting the president to nervously name-drop the military aircraft C-130 to evoke a response.

President Obama said, “We are free and safe and secure over here because you are willing to serve over there,” adding “You never stop serving, you never stop giving, you guys are like Santa in fatigues. Although I bet one of those C-130’s is a little more efficient then Santa’s sleigh.”