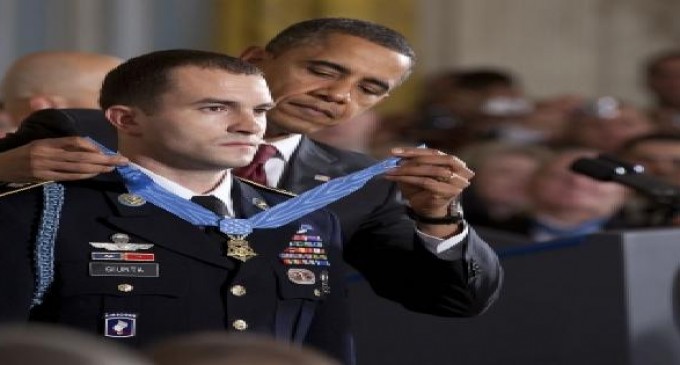 Late Friday Obama issued another executive order that will grant amnesty for another group of illegal aliens, this time under the guise of ‘helping veterans’.

But since there is no way to actually prove an undocumented person is related to a veteran, because by the very nature of being ‘undocumented’ they have no papers, it provides a backdoor for these illegals to get amnesty.

Obama is intent on destroying this country, one executive order at a time!

On Friday, the Obama administration issued another amnesty for still, another group of illegal aliens, this time doing so under the guise of relieving “stress and anxiety” of our troops.

…our veterans, who have served and sacrificed for our nation, can face stress and anxiety because of the immigration status of their family members in the United States. We as a nation have made a commitment to our veterans, to support and care for them. It is a commitment that begins at enlistment, and continues as they become veterans.”

This executive action specifically allows the illegal alien spouses, children and parents of active duty troops, reservists and veterans to stay in this country, and even apply for permanent residence.

Of course, it will not only be the “spouses, children and parents” who will seek and gain legal status.

How can federal officials either prove or disprove the family lineage of someone with no legitimate papers?

Not only will this illegal order assist those living here illegally in abusing our laws, but it will serve as yet another encouragement, or ‘magnet,’ to those still South of the border considering making the illegal journey to what has become the world’s largest welfare state.

Apparently, since amnesty legislation seems to have stalled in Congress, Obama plans on (illegally) granting amnesty to all illegal aliens…one executive order at a time.