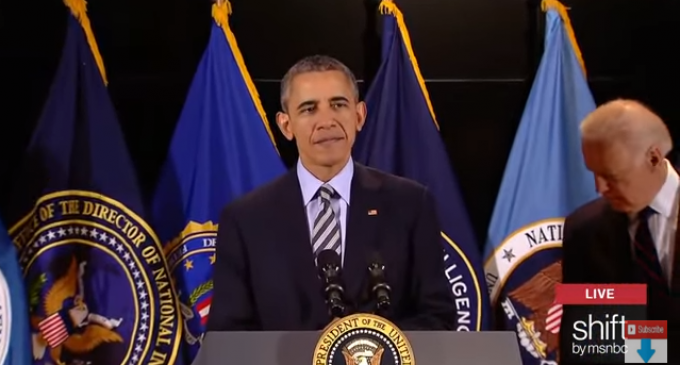 The world is in flames, and somehow all President Obama can see is sunshine and rainbows.

Taking time out of his busy schedule of golfing and schmoozing with the Hollywood jet set, the president visited the National Counterterrorism Center yesterday to discuss the threat of groups like ISIS. Or rather, not to discuss them, as, in his estimation, there is no specific or credible threat to the American homeland.

Yes, after the devastating attacks in Paris and the shocking assault in San Bernardino by jihadist fighters last month, the president thinks that the terrorists just packed their things up and went home, satisfied with their heinous handiwork. No chance at all in his mind that they are planning something even bigger than these atrocities, as the extremists have repeatedly stated they are in videos they released on the Internet.

Read more about the president’s incredible incompetence on the next page: