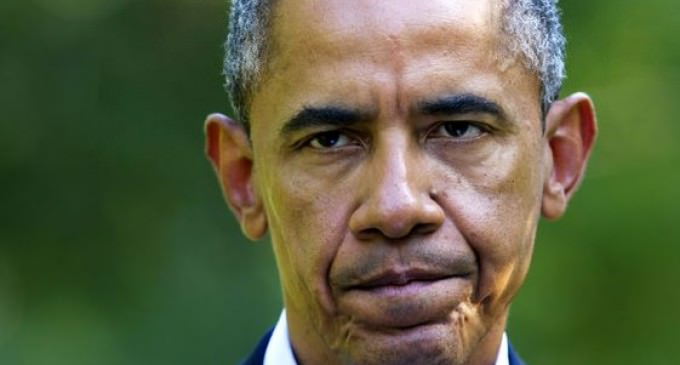 After spending years bragging about the removal of troops from Iraq, Obama suddenly changed his narrative after ISIS has ripped through the country, started beheading Christian children and is promising to “raise the flag of Allah at the White House”:

“What I just find interesting is the degree to which this issue keeps on coming up, as if this was my decision. Under the previous administration, we had turned over the country to a sovereign, democratically elected Iraqi government,” Obama stated, right before leaving for a two-week vacation on Martha’s Vineyard.

Wait…what? Does he not think we will remember all the touting he´s done about taking troops out of the country and how it was his big campaign promise back in 2008? Now suddenly it ´wasn’t his decision´.

What I just find interesting is the degree to which this issue keeps on coming up, as if this was my decision. Under the previous administration, we had turned over the country to a sovereign, democratically elected Iraqi government,” Mr. Obama told reporters just before leaving for a two-week vacation on Martha’s Vineyard. “So let’s just be clear: The reason that we did not have a follow-on force in Iraq was because the Iraqis — a majority of Iraqis did not want U.S. troops there, and politically they could not pass the kind of laws that would be required to protect our troops in Iraq. So that entire analysis is bogus and is wrong. But it gets frequently peddled around here by folks who oftentimes are trying to defend previous policies that they themselves made.”

Mr. Obama’s new take on the 2011 troop withdrawal quickly came under fire from a number of political pundits who pointed out the irony of a president moving away, at least in part, from his signature foreign policy achievement.

Ron Fournier of the National Journal tweeted that the president is distancing himself from his own record.

“A promise he kept, and he’s running from it?” he said.

James Taranto, a member of The Wall Street Journal editorial board and editor of OpinionJournal.com, said Mr. Obama apparently is no longer claiming credit for the removal of American forces, something that, until now, he frequently boasted about.

“Obama is not only disclaiming responsibility for the troop pullout but blaming it on George W. Bush,” he wrote Monday.

Indeed, Mr. Obama’s most recent description of the 2011 U.S. troop withdrawal differs greatly from how he portrayed it in 2012, when he was running for re-election against Republican Mitt Romney.

While it’s true the administration did support keeping a small residual force in Iraq, Mr. Obama frequently took credit for fully ending American involvement in Iraq and for leaving no U.S. boots on the ground in that country.

In fact, during one October 2012 debate with Mr. Romney, the president seemed to deny that he supported a status of forces agreement with the Iraqi government, a deal that would have formally allowed American troops to remain in Iraq and would have protected them from prosecution in Iraqi courts.

When Mr. Romney said he, like Mr. Obama, believed such an agreement should have been worked out, the president said “that’s not true” and went on to decry the presence of any American forces in Iraq.

“What I would not have done is left 10,000 troops in Iraq that would tie us down. That certainly would not help us in the Middle East. You’ve got to be clear, both to our allies and our enemies, about where you stand and what you mean. Now, you just gave a speech a few weeks ago in which you said we should still have troops in Iraq,” he told Mr. Romney. “That is not a recipe for making sure that we are taking advantage of the opportunities and meeting the challenges of the Middle East.” 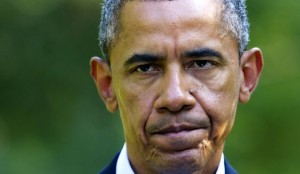