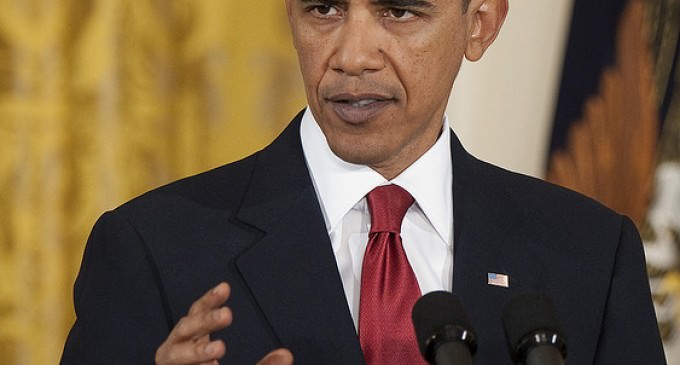 Last Monday during a White House news conference Obama stated that Iran should be able to obtain ‘peaceful' nuclear power because nuclear weapons are ‘contrary to their faith.'

“We are presenting to them [Iran] … a deal that allows them to have peaceful nuclear power but gives us the absolute assurance that is verifiable that they are not pursuing a nuclear weapon,” Obama stated.

Obama continued, “And if in fact what they claim is true, which is they have no aspiration to get a nuclear weapon, that in fact, according to their Supreme Leader, it would be contrary to their faith to obtain a nuclear weapon….”