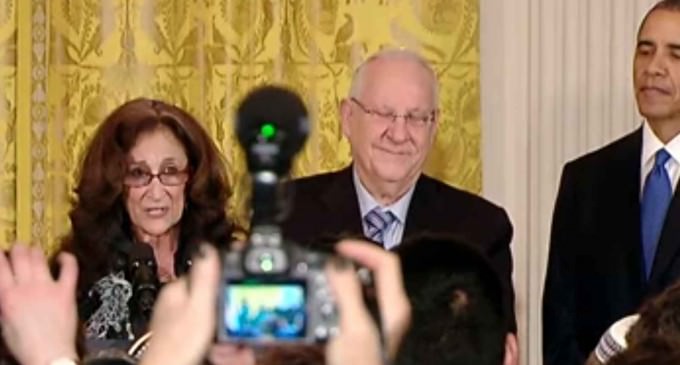 The Obama administration couldn't make it's contempt for Israel and Jewish tradition any clearer last week.

Having held an excessive amount of awkward, even tenuous Chanukah ceremonies in the past, it was no surprise that the White House's ceremony this year was an unpleasant affair. What was surprising however, was how blatantly Obama showed his disrespect for the audience.

Of course, Obama himself said nothing that could possibly be construed as offensive. No, he left that to one Susan Talve, an anti-Israel and Ferguson activist who was somehow thought by the White House to be an appropriate representative to light the ceremony's menorah.

Instead of celebrating the traditions Chanukah pays homage to or discussing the religious aspects of the holiday, Talve went on a crazed tirade against guns, pollution and racism, incredibly concluding her ill-considered remarks with cries of “Ins'Allah,” or “Allah Willing” in Arabic.

Turn to the next page for more about Talve's rant: