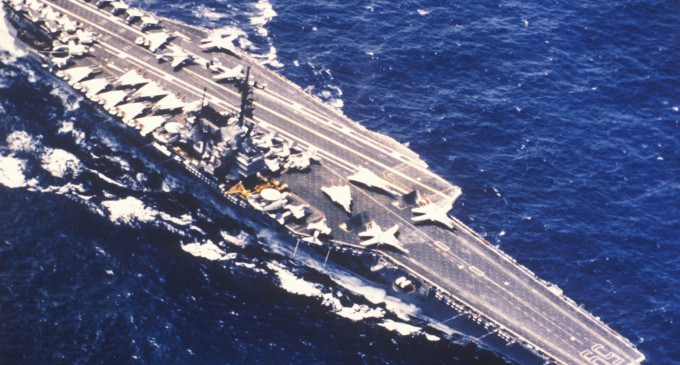 Being prepared for a conflict means keeping serviceable the old ships, especially carriers. Currently there are six oil fueled platforms in mothballs, but ready to spring to service if needed. Then Obama found them.

Since the start of 2014, the Obama Administration has been actually rushing these conventional-fueled ships to Brownsville, Texas, to be scrapped. Four of these ships, USS Forrestal (CV 59), USS Saratoga (CV 60), USS Ranger (CV 61), and USS Constellation (CV 64) have been towed to Brownsville, and a fifth, USS Independence (CV 62), is slated to join them.

That is bad enough, but a sixth carrier, USS Enterprise (CVN 65), was also slated for the scrap yard, and the Obama Administration has already begun that task, even as Russia and China have become more aggressive. How Obama guts the navy is on the next page: