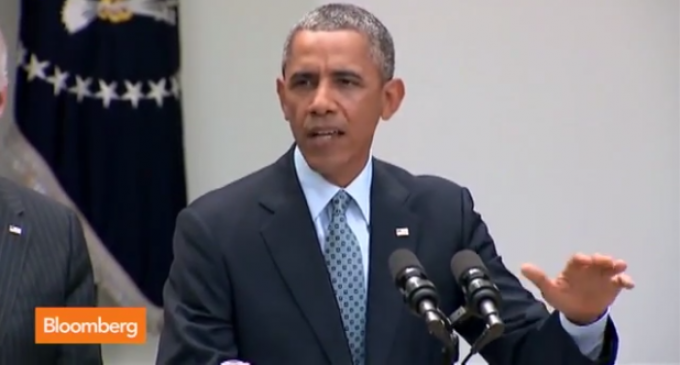 Obama's transformation of the presidency into a full dictatorship is about to take a big leap forward as he plans to take major executive action on immigration, an issue now elevated in its urgency after being coupled with the border crisis…which of course he created.

Obama states that House Republicans are “trying to pass the most extreme and unworkable versions of a bill that they already know is going nowhere.”

In other words, Congress is playing their part in aiding Obama with his transformation into our Dictator In Chief.

WASHINGTON (CBSDC/AP) — President Barack Obama says House Republicans are trying to pass the most extreme and unworkable version of an immigration bill even though they know the bill isn’t going anywhere.

Republicans are pushing legislation that could clear the way for eventual deportation of more than 500,000 immigrants brought here illegally as kids and address the surge of immigrants at the U.S.-Mexico border.

Obama says Republicans know that legislation won’t succeed in the Senate. He says Republicans aren’t even trying to solve the problem. He says they’re just trying check a box leaving town for their annual August recess.

House Republicans are “trying to pass the most extreme and unworkable versions of a bill that they already know is going nowhere,” Obama stated.

Obama says while Congress is away, he’ll have to make tough choices about immigration challenges himself. He’s alluding to executive action he’s said he’s considering to deal with immigrants in the U.S. illegally.

“I’m going to have to act alone,” Obama said, because the government is running out of money to deal with it.

House Republicans pushed legislation on Friday that could clear the way for eventual deportation of more than 500,000 immigrants brought here illegally as kids and address the surge of immigrants at the U.S.-Mexico border.

After more than a year of inaction on the contentious issue of immigration, House GOP leaders were optimistic about securing tea party and other conservative support for two bills that Republicans can highlight when they return home to voters during Congress’ five-week summer break.

House Republicans were still making last-minute changes to the bills on Friday, a day after leaders were forced to abandon a scheduled vote in the face of Tea Party opposition. It was an embarrassment for the new leadership team and left them cajoling reluctant lawmakers on Friday.

The gridlock on the border crisis reflected the past 18 months of a divided, dysfunctional Congress that has little legislation to show for its days in Washington but plenty of abysmal public approval numbers.

The Senate passed a comprehensive immigration bill more than a year ago that would create a pathway for citizenship for the 11.5 million immigrants living here illegally, tighten border security and establish new visa and enforcement programs. The measure has languished in the House despite calls from national Republicans, business groups, religious organizations and labor for lawmakers to act.

The revised, $694 million border security bill would provide $35 million for the National Guard and clarify a provision on quickly returning unaccompanied minors from Central America to their home countries. President Barack Obama had requested $3.7 billion to handle the tens of thousands flooding into the United States. 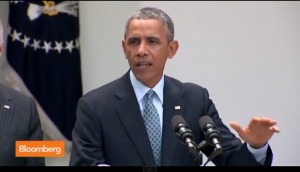