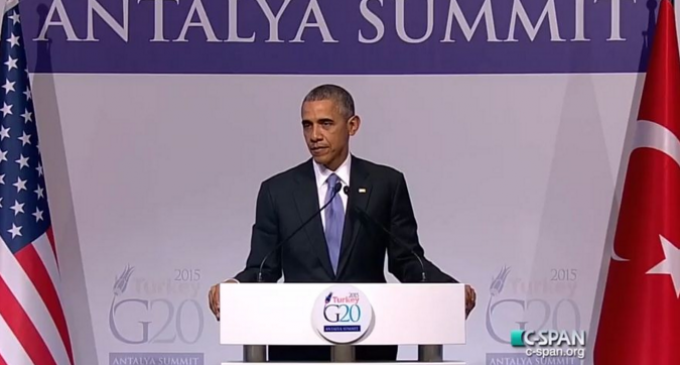 President Obama has made yet another series of questionable statements in a press conference addressing his handling of ISIS. When asked about how he plans to defeat the notorious terrorist group once and for all, Obama nonchalantly stated that he has no interest in “posing or pursuing some notion of ‘American leadership' or ‘America winning,' dismissing these ideas as chauvinistic slogans that would do nothing to protect the American people.

He went further, essentially telling reporters that he was much “too busy” for such notions, a bizarre assertion for a sitting Commander-In-Chief, who is directly charged with leading the nation in wartime and securing decisive victories, to make.

Obama's comments are very unsettling in the wake of the Paris attacks last Friday, a tragedy that made his claim earlier that day that he had succeeded in “containing” ISIS ironic in retrospect. In spite of what this obvious “setback” as he referred to it, the president stubbornly insists that his strategy against ISIS is working.

Turn to the next page to see more about Obama's press conference: