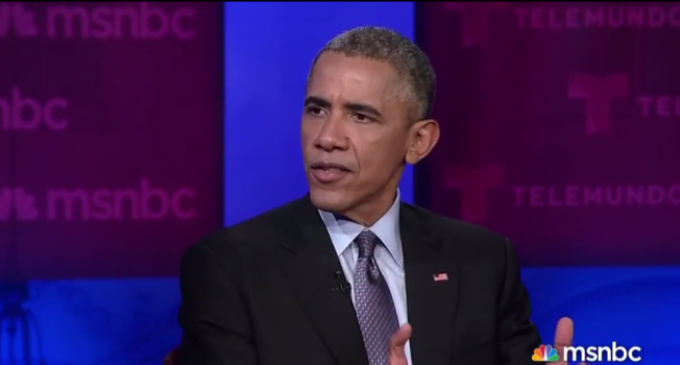 In a carefully planned and scripted event erroneously called a ‘townhall meeting' Obama challenged the GOP to a vote on whether or not his actions were legal concerning immigration amnesty. He promised the hand-picked audience he would veto a contrary vote because it's “the right thing to do.”

Obama boldly stated, “So in the short term, if Mr. McConnell, the leader of the Senate, and the Speaker of the House, John Boehner, want to have a vote on whether what I’m doing is legal or not, they can have that vote. I will veto that vote, because I’m absolutely confident that what we’re doing is the right thing to do.”

MORE OF HIS SENSELESS EGOTISM ON PAGE 2 + VIDEO: