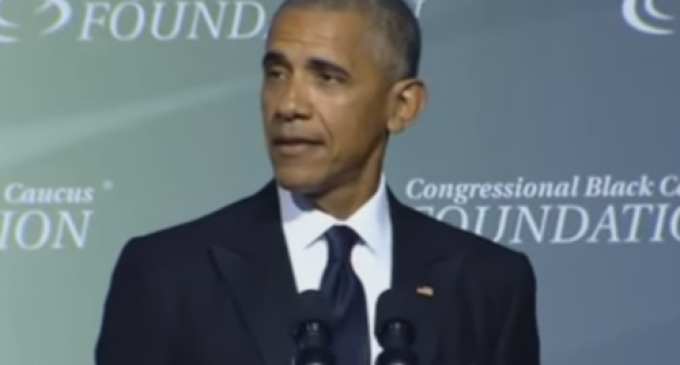 Barack Obama did something seriously un-PC this week.  Call it a “micro-aggression” or “shaming.” It probably won't get Obama in hot water from the Social Justice Warrior-set.

It would — if they ever bothered to get angered by Democrats.

Generalizing or stereotyping people by race may be a PC no-no when done by Republicans, but Obama seems to be getting a free pass. During a speech this week to the Congressional Black Caucus, Obama got just that, claiming that he would be offended if blacks didn't vote for Hillary Clinton — effectively “shaming” black Trump supporters.

So much for free through and expression.

The remarks weren't exactly subtle, either. He literally said he would take it as a “personal insult.”

Maybe Obama thinks people like him a little more than they do. It's doubtful that many Trump supporters will be persuaded by a desire not to insult Obama. In fact, it's probably more of an incentive.

See Obama's quote on the next page: