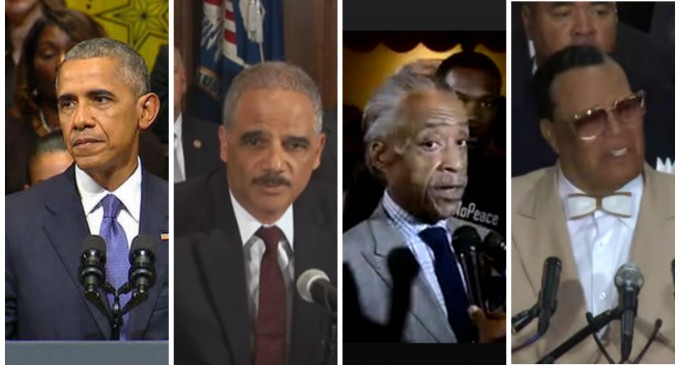 President Obama might regret supporting Black Lives Matter as vocally as has because a conservative activist is now attempting to hold him and his ideological cohorts responsible for the unstable social climate we inhabit today.

Fed up with the disrespect and outright hatred towards police officers that has been stoked by the left, former prosecutor Larry Klayman has filed a lawsuit against a litany of defendants he charges with contributing to said disrespect and hatred. Some of the figures named in the lawsuit are Obama, his former Attorney General Eric Holder, Al Sharpton, and Louis Farrakhan of the Nation of Islam, all of whom he claims have “incited violence and in fact have a direct link to what happened in Dallas.”