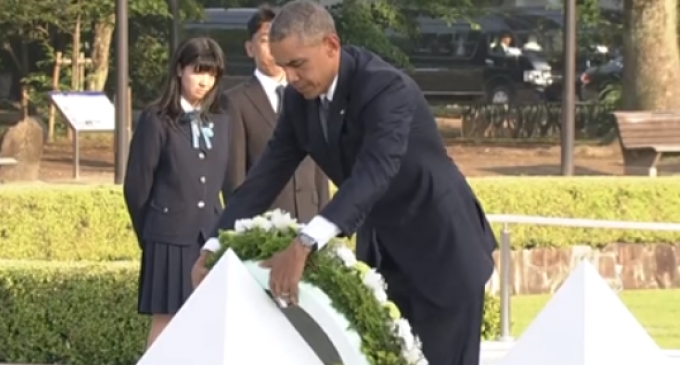 President Barack Obama recently became the first U.S. president to visit Hiroshima, Japan, one of the two cities decimated by atomic bombs dropped by a B-29 bomber on August 6, 1945 in an effort to defeat the Japanese and halt the war in the Pacific. A second bomb was dropped on Nagasaki three days later, and six days later the Japanese surrendered, bringing World War II to an end.

In recent years it has become chic in some circles to criticize the United States and insist that the atomic bombing of the two cities was unnecessary. The huge loss of life to that point in the war and the Japanese ethic of fighting to the death would clearly indicate otherwise, but the Left is always anxious to criticize the United States and to attribute all U.S. actions to imperialism and unworthy objectives, not the least of these being Barack Obama.

There are those in Japan and other countries who demand that the United States apologize for the use of the atomic bomb 71 years ago, and that is exactly why former U.S. presidents have refused to visit the site. While Obama did not go so far as to apologize, his presence was a mistake and yet another display of his very poor judgement and understanding of geopolitical symbols and actions. And while there are those who will continue to call for America to apologize to Japan, the Koreans and the Chinese will not be among them.

The atomic bomb that the U.S. used was not just a means of halting atrocities against America, it halted the terrible violence the Japanese had inflicted on countries throughout the Pacific, and particularly on Korea and China. Obama seemed to be completely ignorant of that as well.