According to The Blaze: 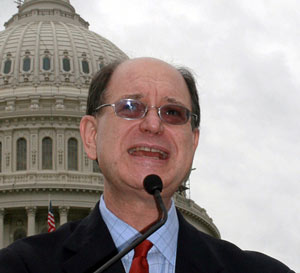 “The main meat of what he said is, ‘If Congress overrides my veto, you do not get a U.S. foreign policy that reflects that vote. What you get is you pass this law and I, as president, will do everything possible to go in the other direction,’” Sherman said, according to The Hill.

“He’s with the deal — he’s not with Congress,” the California congressman added. “At least to the fullest extent allowed by law, and possibly beyond what’s allowed by law.”

According to The Hill, Sherman suggested Obama may simply refuse to administer the law.

Sherman, one of a growing number of Democrats who appears increasingly skeptical of the deal, and its many secretive elements, previously grilled Secretary of State John Kerry in a televised committee meetings regarding whether the Obama administration would follow the “law” if Congress moved to override a veto to block the deal.

At the time, Kerry ducked the question, saying he was “not going to deal with a hypothetical.”

You can read the entire article from The Blaze here.

So, the law, according to the Secretary of State, is merely a hypothetical position to be swept away in the grander scheme of things, like Obama’s legacy.

As Alice exclaimed as she explored further in Wonderland, “Curiouser and curiouser.”