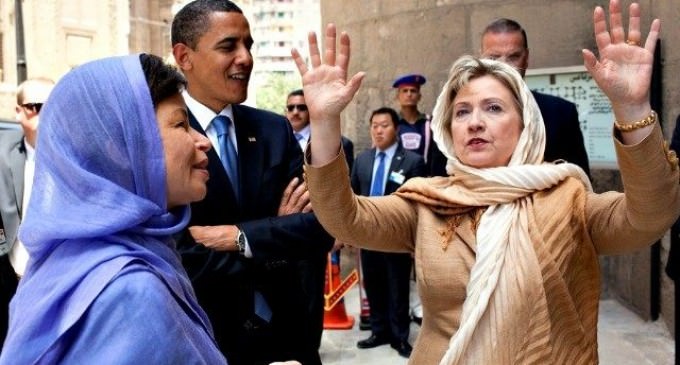 When considering why Hillary Clinton, Barack Obama, and the left in general loath Christianity and seek ways to diminish it, malign it, and generally banish it from society, yet embrace the uncivilized and barbaric expressions of Islam as practiced by Islamic terror groups, of which there are dozens, it is almost impossible to find a rational explanation for such a schizophrenic world view.

To be sure, leftists see all religion as an impediment to a better society, or more importantly, to a system that is less fluid and flexible than they prefer. When one believes there is right and wrong, good and bad, and that actions can be judged and evaluated, obviously actions matter.

So when Christians suggest that homosexual marriage is proscribed by God, bad for society, and equally bad for children, the lefties go crazy and say all kinds of mean, nasty things about religion. They also demand that Christians accept the principle of homosexual marriage, and liberals will go so far as to bankrupt and destroy owners of a business who seek to honor their deeply held beliefs by not participating in a homosexual wedding that they feel is contrary to God's will.