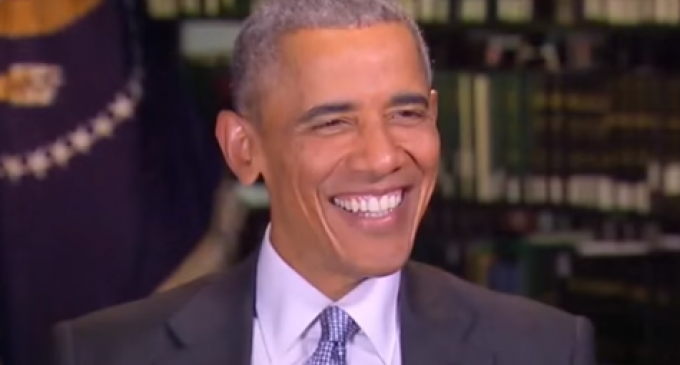 It might be too good to be true, but it appears that the Obama administration is getting ready to throw Hillary Clinton under the bus.

Asked about the scandal over his former Secretary of State's email server, President Obama defended her conduct during her time in his cabinet, saying she did an “outstanding job” and didn't “intentionally put America in any kind of jeopardy.” One can't help but wonder what Chris Stevens and the other three Americans killed in Benghazi would think of that statement.

However, he refused to stick his neck out for her when Fox News host Chris Wallace asked him if he would intervene on Hillary's behalf if the Justice Department ends up indicting her. Even more surprisingly, he went as far as to “guarantee” that he would not protect her in the event that criminal charges are brought against her.

Obama's statement will definitely come as a blow to Hillary, who has attempted to trivialize the investigation into her emails as a partisan witch-hunt.

See Obama's interview on the next page: