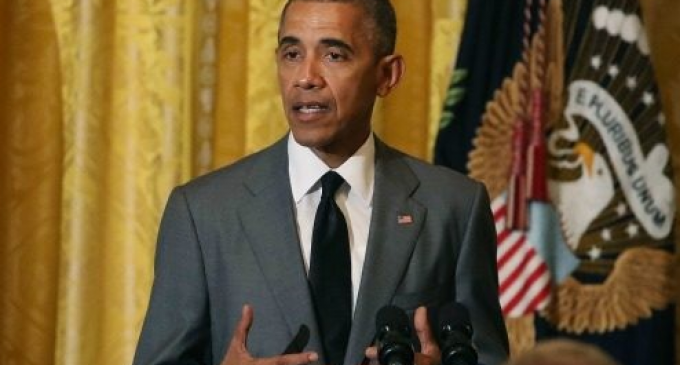 Barack Obama can't seem to differentiate between Islamic terrorists and our nation's police. This week, he criticized and equivocated both during a speech meant to address the latest attack that killed nearly a hundred people in Nice, France.

This has become a terrible habit for our president. He begins with remarks that are conciliatory and uniting — reminiscent of the president many thought Obama would be when he was election in 2008 — then, inexplicably, he shifts the blame on his own political enemies.

In the past, it's been Republicans, Christians, and racists. All three terms seem to be interchangeable to Obama. Now, Obama's favorite group to hate is the nation's police.

He attacked them during the memorial meant to honor five law enforcement officers killed in Dallas by a Black Lives Matter supporter, and now he's continuing his assault abroad.

See him suggest that the global elite are the solution for terror and “racist cops” on the next page: