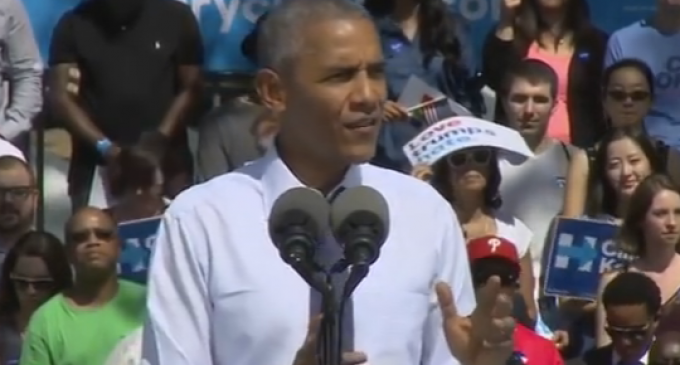 Nobody ever accused President Obama of being humble. According to him, he might as well be the greatest president this country has ever seen. After all, he ended the war in Iraq, saved the American economy, lowered gas prices, put Americans back to work and whatever else he spoke of in the 137 times he mentioned himself in Philadelphia during the Hillary Clinton rally.

What he failed to mention were some of the more memorable parts of his presidency which include, Obamacare, Fast and Furious, creating ISIS, illegal immigration, insulting Americans, making the United States look weak, not being able to throw a baseball and greatly expanding the racial divide. Yup, those are all of the trademarks of a successful president.

And let's talk about his “alleged” accomplishments. By ending the war in Iraq, he sent the region back into a state of instability. As for the American economy, forcing businesses to shut down and outsourcing labor isn't really saving anything. And what about the whole unemployment thing that he believes he fixed. This is where liberals get severely confused. People who get put on welfare or government assistance are no longer counted as unemployed. So just because unemployment numbers are low, it doesn't mean that Americans are back in the work place.

Watch Obama's narcism on the next page.