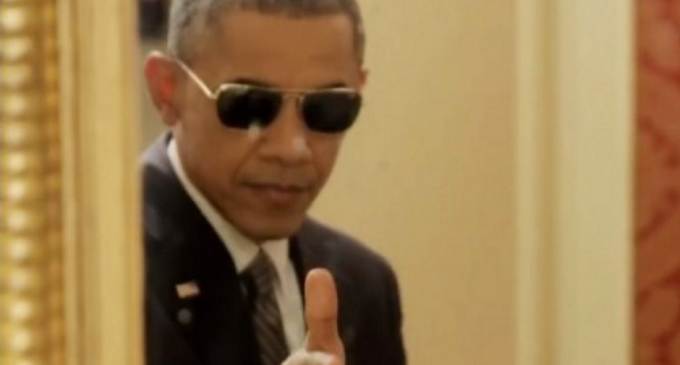 President Obama has almost a year left in office, but he's already thinking about life after the presidency.

Granted, many Americans will be happy to see him leave the White House, but they won't be when they learn of a certain proposal he is cooking up before he goes. A proposal that will will give him a parting gift, so to speak, and an expensive one at that.

Per a report from the Congressional Research Service, the administration included additional money for the pensions of former presidents in budget requests for 2016 and 2017. Years that, by remarkable coincidence, mark the end of Obama's time in office.

More specifically, the report indicates that the president wanted a hike of 18% percent in appropriations for expenditures of former presidents. This means that an additional $588,000 will be allocated to the $3,865,000 already set aside for retired presidents, most of whom make plenty of money without the assistance of taxpayers.

Such a self-serving move on Obama's part is made possible by the Former Presidents Act, legislation passed in 1958 that provides former Oval Office occupants with not just pensions but office staff, travel money, Secret Service protection and numerous other privileges. As you might have guessed, the Act has drawn criticism from any number of people:

Critics of the act argue that it financially supports former presidents who are not struggling. Many of them, alternatively, have gone on to profit from writing books about their time in the White House or delivering paid speaking engagements.

Former President Bill Clinton, for example, earned $132 million for delivering paid speeches between February 2001 and March 2015, according to an analysis from CNN. Clinton received $924,000 in taxpayer dollars last year by way of the Former Presidents Act.

Republicans in the House and Senate have introduced legislation that would cap annual pensions for former presidents at $200,000. Additionally, the bills would cut each pension by a dollar for every dollar the former president earns over $400,000 in the private sector in a given year. The measure was approved by the House in January with bipartisan support.

“It’s pretty simple. You want a retirement and pension, it’s there. But if you’re going to go out and make enormous sums of money, then you don’t need taxpayer subsidies,” Rep. Jason Chaffetz (R., Utah), who introduced the bill in the House, told ABC News in an interview.

“The former presidents are making gobs of money speaking and writing books, more power to them, but that doesn’t mean they need more taxpayer dollars on top of that,” Chaffetz added. “It’s embarrassing that they take that money.”