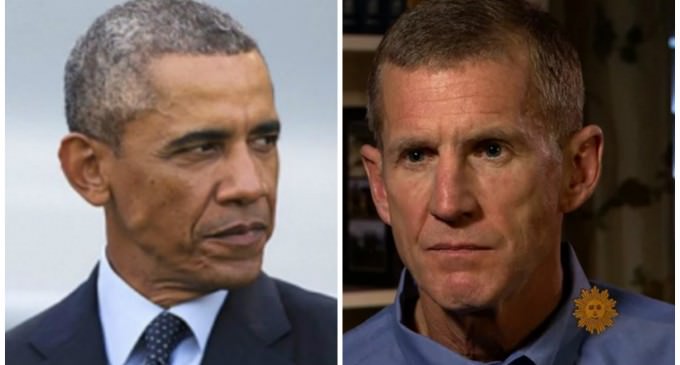 Once again, Barack Obama proves what a petty and insecure whackjob he really is.

Every week there's something new to learn about the depth of Obama's depraved and incompetent presidency and every week he gets away with some new, ridiculous lapse in reason.

He should have been impeached over a dozen times now. But what he had to say to General Stanley McChrystal, former Commander of the US forces in Afghanistan, sunk to a not-unsurprising new low.

Find out what Obama said to General McChrystal on page 2.