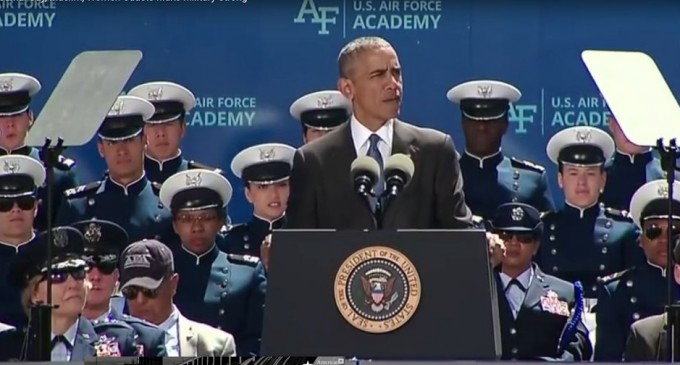 President Barack Obama and his administration have made it clear from the day that they took office that one of their chief goals for his presidency was to socially engineer and restructure the United States Armed Forces.  They have done this much in the same way that colleges and universities have socially engineered their populations — by affirmative action.

President Obama led the charge in repealing the military's decades-old “don't ask, don't tell” (DOTA) policy that allowed gay and lesbian individuals to discretely served in the armed forces.  Many leaders in the military warned the president at the time that they did not believe the military was ready for such radical change, but Obama — as he so often does — ignored the advice of America's military leadership.

Last week, the president addressed cadets graduating from the United States Air Force Academy in Colorado Springs and used the occasion to score some leftist talking points.  To watch President Obama tell cadets that the military is stronger because of gays, lesbians, and Muslims, continue reading on the next page: