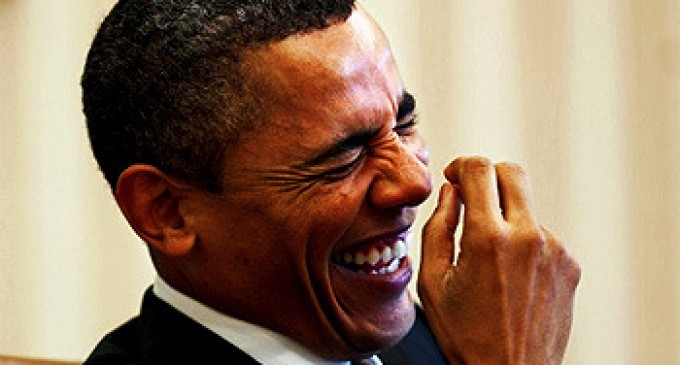 Surprise! Obama has already figured out how to force cities that accept federal community block grants to accept illegals.

Surely this was in the plans all along.

The Obama administration, in July 2013, quietly introduced a new regulation that critics say will dramatically increase Washington’s power over local zoning laws in every U.S. city and town that accepts federal block grants through the U.S. Department of Housing and Urban Development.

Some are calling it the “Common Core of local zoning” that has flown under the radar for nearly a year. Instead of the U.S. Department of Education dictating education standards to local school districts, this rule change would allow HUD to influence zoning laws from the biggest cities down to the tiniest towns.

The proposed rule, which is set to take effect in October, would put teeth on the Fair Housing Act of 1968 by providing a set of standards, guidelines and goals that would use data to “measure” and “assess” how well a local community is meeting its Fair Housing obligations.

Some say the new rule could lead to “racial quotas” and will be exploited by HUD to aggressively absorb the nation’s swelling population of illegal immigrants into communities that are trying to keep them out.

HUD’s proposed “Affirmatively Furthering Fair Housing Rule” showed up in the Federal Register on July 19, 2013. The rule has the backing of special-interest groups that promote open borders. One such group, with close ties to President Obama, is the Council of La Raza, which filed a public comment in favor of the rule.

Rep. Paul Gosar, R-Ariz., defined the proposed rule in stark terms, saying it would lead to racial quotas and amounts to an “assault on the suburbs.”

He authored an amendment passed in the House of Representatives last month that would prohibit HUD from implementing the rule. The amendment was successfully attached to the Transportation, HUD and Related Agencies Appropriations Act for the 2015 fiscal year. A version of the bill has now been introduced in the Senate by Sen. Mike Lee, R-Utah. But with that body controlled by Democrats, Lee faces an uphill battle.

Gosar told WND Thursday he was encouraged that Lee had taken up the challenge.

“The proposed HUD Affirmatively Furthering Fair Housing Rule is another federal government mandate forced on the American people by an ideological administration looking to design a misguided utopian vision of local communities across the country,” Gosar said.

Cities and towns will start seeing HUD contracts related to block grants showing up in their agenda packets, most likely as part of the five-year consolidated plan for fair housing, which is required to keep getting the block grants. Many of the local councils will rubber stamp the agreements without ever knowing what’s in them, said Robert Romano, senior editor at Americans for Limited Government.