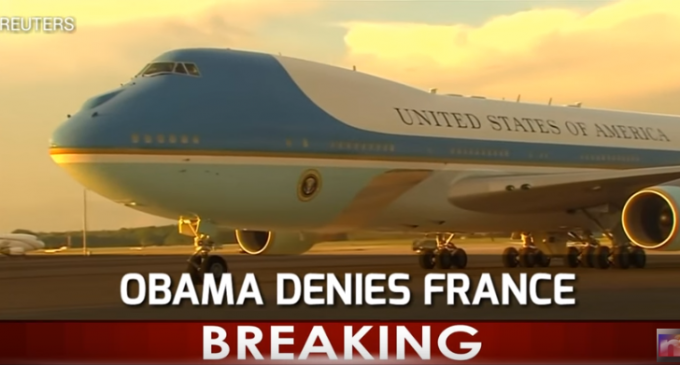 It's hard to believe, but France is stepping up to the plate after the Paris attacks, vowing to take the fight directly to ISIS. To that end, French President Francois Hollande has ordered his forces to carry out strikes on the terrorists in their main stronghold of Raqqa in Syria.

Even more shockingly, the French socialist has called upon President Obama to “join our forces” in combat against the ISIS caliphate, a far cry from the impassioned refusal of the French to support the U.S. in the war in Iraq 10 years ago.

But now that he has an opportunity to lead a concerted, multilateral effort against the jihadists, Obama has completely rejected his offer to form an alliance to take down this infestation.